In order to avoid water conflicts and to stimulate food production in sub-Saharan Africa, large-scale land acquisition must be regulated and focus on food production. These are the conclusions of a new doctoral thesis from PhD Emma Johansson.

Emma Johansson’s thesis investigates how land use is affected by large-scale land acquisition, also referred to as land grabbing, mainly in Tanzania. The land is often acquired by international companies that purchase or rent large areas, often for several decades. The majority of cultivated land is used for forestry, but also for biofuel production; the most common crops are palm oil and sugarcane. Meanwhile, a large proportion of the food consumed in sub-Saharan Africa is imported.

“The focus must be on food, and technological solutions that are based on local needs and circumstances. The companies should cultivate crops that are edible, and use methods that consume less water."

The villagers must also have the opportunity to participate, otherwise those in greatest need of development are disadvantaged, says Emma Johansson, graduate in Physical Geography and Ecosystem Science, and an associated researcher at Lund University Centre for Sustainability Studies.

Among other things, her thesis analyses the availability and use of water, using ecosystem modelling. The result shows that the regions in which large areas are used to cultivate palm oil and sugarcane require a large amount of irrigation water, whereas food crops such as rice, maize and soya beans require less water. A high use of irrigation water can contribute to an increased risk of water conflicts as rivers, groundwater, and other surface waters are shared by many stakeholders in society. In addition, Johansson’s thesis shows that only three per cent of all purchased or leased land in Africa is cultivated, with only a few powerful stakeholders such as China, the USA and the UK behind a large proportion of global land acquisitions.

“The companies cultivate almost no food crops, and what is cultivated requires enormous amounts of water, which could cause conflicts over water resources in the future. Altogether, it appears to be a bad solution for the small-scale farmers in Africa, as few of them are offered jobs or other ways to provide for themselves and their families. The majority survive on agriculture, and as the land acquisitions continue, their access to land and water is negatively impacted.”

According to Emma Johansson, it is essential to develop domestic agriculture so that the countries in sub-Saharan Africa can reduce their food imports over time. The fact that such a large proportion of acquired land is not used is a clear example of the major challenges being faced.

“Currently, agricultural policy does not safeguard the best interests of small farmers. Governments in these countries seem to care more about international investments than if the land is actually being used. In my fieldwork, I saw land that was fenced off but not cultivated, and the villagers were not allowed to use the land.”

In Johansson’s view, the global market for land acquisition, in which companies are often liquidated, sell off their land or allow it to lie fallow, must be regulated. Not least since some regions have extended their nature reserves as part of efforts to preserve biodiversity, which in turn prevents small-scale farmers to expand into these areas. Climate change could also worsen the situation for small-scale farmers if the region becomes drier and water shortages increase.

“Small-holders are caught between nature and the companies. Less land is available, and many of the villagers I interviewed expressed concerns that they will not have any land to pass on to their children”, she says.

Watch a video about Emma Johansson's research related to water and land grabbing.

Emma Johansson has produced a number of recommendations for large-scale land acquisition based on her research. They build on previous recommendations drawn from the Food and Agriculture Organisation (FAO).

My recommendations are needed. At the same time, land use and how it affects farmers’ opportunities for self-sufficiency must be investigated from multiple perspectives, taking account of agricultural investments, migration, population increases and projects to preserve biodiversity. These factors influence outcomes in different ways, and should be studied together.

Emma Johansson is a PhD from the LUCID research school, affiliated to the Department of Physical Geography and Ecosystem Science and Lund University Centre for Sustainability Studies (LUCSUS) 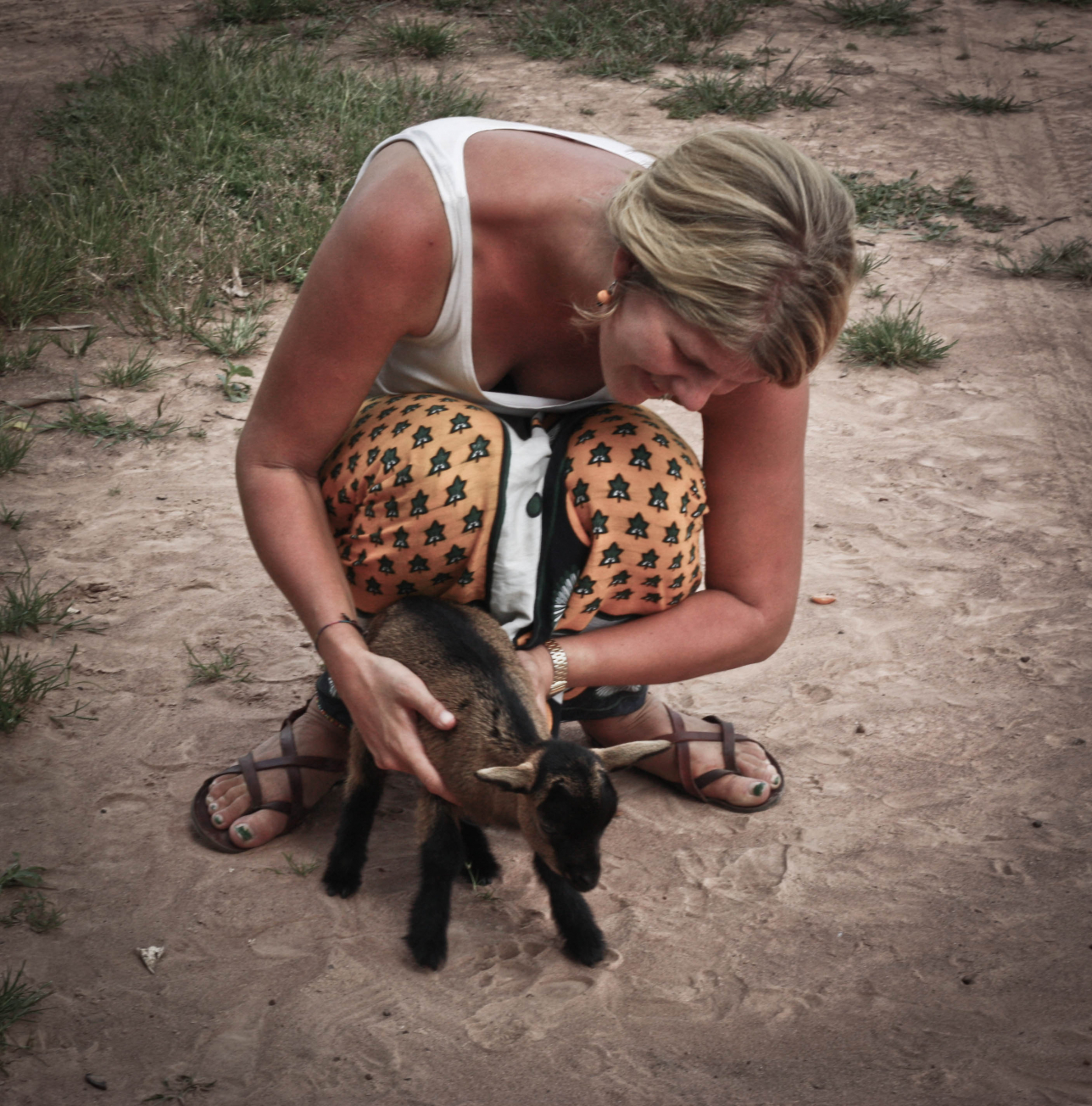 Download Emma Johansson's thesis  ’Large-Scale Land Acquisitions as a Driver of Socio-Environmental Change : From the Pixel to the Globe’.