Natural solutions to combat climate change are perceived as beneficial to both nature and people simultaneously. But claims that natural solutions also bring about empowerment, gender equality and inclusion are problematic, especially when issues of power, agency and marginalisation are ignored. This is according to new research from LUCSUS.

In his PhD thesis from Lund University Centre for Sustainability Studies, Stephen Woroniecki set out to examine natural solutions to adapt to climate change. These nature-based approaches involve managing and using ecosystems to reduce the risk of negative climate impacts such as storm and flood damage, soil erosion, landslide, salinisation of freshwater and loss of agricultural productivity. It is often claimed that these solutions can bring benefits to both nature and people simultaneously, and that nature can be used to address social challenges such as marginalisation, gender inequality and poverty.

– The way these projects are discussed and presented implies that it is somehow inherently more beneficial for people to make use of natural solutions as opposed to using hard infrastructure and a more technical approach. I wanted to examine whether these claims hold true, and study what actually happens when these projects are implemented, which I found was a gap in evidence.

In the first empirical component of the thesis, Stephen Woroniecki studied two ecosystem-based adaptation projects in Sri Lanka: one set in the mountainous district of Nuwara Eliya, and one in Kurunegala. The first project set out to work with home gardens as a natural solution to bind organic matter and reduce the risk of landslide. Home gardens are very popular in Sri Lanka and are commonly used to grow food. The other project focused on restoration to restore Sri Lanka's ancient cascade systems that combine ecological and geological features to maintain water supply and water quality even during periods of climate uncertainty.

Analysis of people’s interactions within these two interventions showed that people’s own agency, knowledge and risk perceptions were not included in the projects’ design and implementation. Neither were underlying issues of vulnerability and power taken into account.

For example, in the project focusing on home gardens as a way to bind soil and organic matter, the social aspects of home gardening were not strengthened or highlighted. Rather than to enable women to build and strengthen local networks stemming from the home gardening practice, the focus was very much on the ecological benefits of the gardens. Likewise, in the other project, the focus on the technical implementation of ecological aspects of the cascades came at the expense of recognising communities' diverse relationships with these cascades, which perhaps contributed to an ongoing alienation of people from the cascades, and a sense that only technical expertise of outsiders was relevant to their restoration.The local communities’ own sense of risk, which focused on the need to ensure water quality and supply, was also overlooked in the design of the project. Finally, though the projects were often associated with empowerment, it was very seldom spelled out exactly how the projects would achieve such forms of social change.

Another problem with these, and other, ecosystem-based adaptation projects is the short-termism of the intervention cycle, which means meaningful relationships are hard to build up, preventing the cultivation of lasting stewardship practices and institutions.

– These interventions are often brought to communities by development organisations and actors, so that ecosystem-based approaches are done to, or on behalf of, vulnerable communities, rather than with their active participation. The natural adaptation solution then becomes an outside intervention, not something that is designed together with the people who will carry it out. Seen in this way, one can argue that the projects exaggerate marginalisation and vulnerability rather than reduce it, says Stephen Woroniecki.

The second part of the thesis was concerned with understanding patterns in ecosystem-based practice and thinking.

– Whilst many issues are clearly not unique to this form of adaptation, there is a naïvety on the part of ecosystem-based adaptation practitioners and thinkthanks to think that natural solutions in and  of themselves might bring gender equality, social cohesion and empowerment. Social science perspectives, that would make clear the processes through which such changes might occur are, surely, lacking.

–  It takes years to change existing power structures, and to lift people out of marginalisation. It is risky to talk about these elusive win-win gains for communities if coherent ways to bring about social benefits are lacking, and not being planned for explicitly, says Stephen Woroniecki.

Another aspect is that the projects tend to focus mostly on the ecological benefits of adaptation.

– It is about where we look for solutions and how we value knowledge. The landscapes we are trying to adapt are shaped by the people who live there. We should see people as embedded in, not separate from, ecosystems. Research in Sri Lanka and elsewhere shows that it is often people’s own demonstration of agency and collective action that is instrumental in protecting ecosystems that buffer societies from climate risk. Resistance to incursions of powerful actors and corruption cannot be supported by technocratic management of ecosystems that don’t have such social processes on their radar, or that are afraid to deal with the political aspects of rural or urban natures.

– The time is ripe to turn towards, not away from, issues of power as well as the characteristics of the landscape. For example, which groups in the community can actually get benefit in the form of contracts, networks and participation? Whose voices are not heard or taken into account?

Yet, according to Stephen Woroniecki ecosystem-based solutions do have scope to bring about social transformation, but only if ways projects are designed, and by whom, and how they are implemented, are radically changed. This is especially true where projects  are initiated from outside the local communities as interventions.

– We need to change how we frame these natural solutions and how practitioners and researchers define and work with adaptation. We can start by following the campaigns of communities on the ground: what are their needs and wishes? We have to recognise existing power structures and become better at integrating local knowledge with outside expertise. Above all, we have to stop viewing nature as something independent from people and human struggles, concludes Stephen Woroniecki.

1.    Move beyond adaptation as an outside intervention. Recognise the social and ecological vulnerabilities of a place and its communities.
2.    Consider carefully how projects bring in outside knowledge, expertise and technical skills. How can this knowledge build on already existing knowledge and practice?
3.    Recognise inequality and social differences. What are the co-dependencies in different groups? Who has power and authority and which people are marginalised? Explore the link between power and participation.
4.    Design the project based on local risk perception and needs. 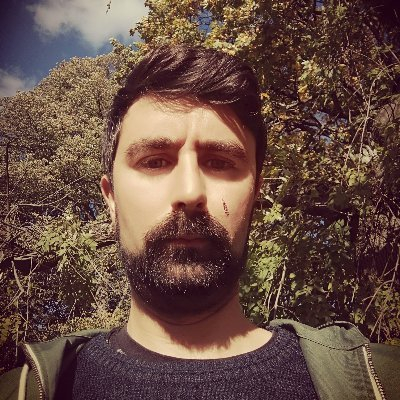 Download the thesis: Confronting the ecology of crisis : The interlinked roles of ecosystem-based adaptation and empowerment.