How will climate movements continue to shape the future?

How can the climate movement continue its struggle and be a force for change in the light of other current crises such as social and economic injustices, inequalities and pandemics? Mine Islar, researcher at LUCSUS, says that joining forces with other causes and movements are one way forward, another is to stay focused and keep a long-term perspective.

On October 15, LUCSUS is organising the event "Social movements - a force for change?" during the popular science week "Future week" at Lund University. LUCSUS researcher Mine Islar is the moderator of the event. Read and listen to her thoughts about the future of social movements.

Why do people join a social movement?

Social movements offer a space outside of party politics; a space for people who feel that they are not represented by a political party. It is a platform to exercise wider democracy, or civil disobedience like we have seen with Extinction Rebellion or Greenpeace. Through a movement, one can show commitment and opinion on an issue. But people also join a social movement to make connections with people who share their views, and to create networks.

Participation in a social movement is different today if we compare to movements in the 1960s - compare with the feminist struggle for example. The forms of actions are different. Before, people would follow a radical stand and have an ideology, or be a member of a political party or coalition. Now, in the climate movement, people join to the cause without taking an explicit political stance.

We also see more people taking so called collective action in relation to the climate, where you join forces in your neighborhood for example, to start cooperatives and urban gardens. These cooperatives can be seen as a form of everyday resistance. However, some researchers and activist see this development as the end of social movements, since the radical views are absent, and the citizens work within a structure rather than changing the structure.

What do you think of the climate movement Friday’s for Future’s demand: “Listen to the science”?

Well, it depends how you look at their slogan. Science has some, but not all answers. On the other hand, the science is clear that we have to stop global environmental change by limiting the human activities causing the effects of climate change.

I would say that the problem is not that the politicians don’t listen to the science. Most of them know as much as the scientist do but they don’t have the political will to act in many cases. Another important point is that politicians oftentimes are privileged and separated from the concerns from the common people. Take the example with the yellow vest movement in France that started in 2018. President Macron wanted to implement a diesel tax and increase fuel prices to show commitment to the Paris Agreement and lower emissions. This action would have had consequences for poor and socially disadvantaged people, who are already struggling. In the end, Macron had to back down due to widespread and long-term protests all over the country. This shows that it is not so easy to implement restrictions in line with the Paris Agreement without also understanding social inequalities, and it highlights that what is good for the environment may not always be good for all people. Restrictions have to be socially aligned too, and this part I think, is forgotten in the slogan, listen to the science. The real world is more complex than to just implement climate science with technical solutions.

We also have to remember that social movements can push for change, but they cannot be the change. That change need to come from the political and civil realm. Today, there is a lot of expectations on social movements; that they will fix the problem and save the world.

Finally, the climate movement pushes to meet the goal to keep global temperature rise below 1,5 degrees by the end of this century - but the problem doesn’t stop there. We need to change our lifestyles radically, and that includes looking at our consumption, and how we engage with social and economic justice and equality. Lowering the carbon in the atmosphere will not stop the degradation of our ecosystems or biodiversity extinction, since it is directly linked to human activities such as large scale agriculture.

How will the climate movement continue its cause in the face of other crises?

Social movements act as a disruptive force, that disturbs every day life and political opinion. In the face of other crises, the discourse on emergency may not help to mobilize a single cause climate movement. For instance, COVID-19 era showed us daily emergencies where we needed to protect vulnerable groups and rethink limitations of health care systems.

The climate movement, at least in the North, has to start engaging with broader issues such as social justice and economic inequalities to stay relevant, and continue to mobilise. The climate issue has to become part of something bigger to make real change. This has already started to happen, with Greta Thunberg highlighting climate justice as well as social justice issues.

In other parts of the world, in Southern Europe and part of USA and Asia, the climate has never been a separate issue like it is here in Sweden. Climate issues are tied to democracy, housing, and social justice and seen as an integral problem of a bigger unjust social system. But in Sweden, the climate movement is centred around climate change and environmental issues .

How will climate movements continue to shape the future?

Social movements, such as the Civil Rights Movement and the female emancipation movement, have been agents of change at critical moments in history, and this is not going to change. The challenges of social inequalities and injustices are not going to go away, but they will build up in different parts of the world.

Contemporary  movements, like MeToo and Black Lives Matter, build on decades of struggles for civil and women’s rights. It is just that the movements have different forms, their strategies can range from civil disobedience to online protests like MeToo. At certain times in history, movements create a space for themselves to make themselves heard.

Impact has a lot to do with time scales/temporality. Take the feminist struggle as an example, are they still struggling or have they succeeded? It depends how you see it. It took 100 years for women to get basic rights like voting. What is different for the climate movement is that they see their fight as very urgent. They are faced with a dilemma: changes may take a long time, but they don’t have that time.

Live stream of the event 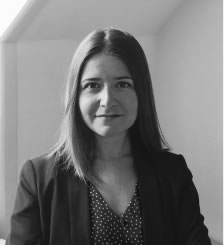 About the event: Social movements - a force for change?

Welcome to a panel debate discussing social movements from a political and social perspective, using the climate movement as an example. What is a social movement and what difference can they make? How do they interact with each other and with society? What movements are here to stay and what will come next?

Read more about the event here

Four LUCSUS researchers argue in an article in the journal Nature, Ecology & Evolution that the most important, powerful and unique contribution science can make to social movements is to share arduously accumulated knowledge about processes of social and political change.
More news